How local Melbourne community initiative for wildlife re-hydration is saving thousands of Aussie animals affected by the bushfire crisis - One Medela breast milk storage bag at a time!

Australia’s bushfire crisis has ravaged 11 million hectares of bush, forest and parks across the nation and at least 33 people have been killed.[1]

It’s been estimated that around 1.25 billion animals have been killed across Australia to date. This includes thousands of koalas and other iconic species such as kangaroos, wallabies, kookaburras, cockatoos and honeyeaters burnt alive, and many thousands more injured and homeless.[1] 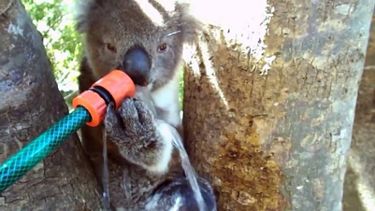 Caring for wildlife in a bushfire crisis involves an integrated effort.

Almost all wildlife organisations are non-profit and rely on donations and volunteers, sprouting community initiatives to take action and care for the affected wildlife.

At Medela, we feel it is our duty to help, and when local Melbourne mother-and-daughter duo, Tammie and Stavroula Alysandratos, reached out to ask Medela Australia for help, we were endeared by their request and impressed with the ingenuity in how they were using one of our most popular products.

Like many of us, Tammie and Stavroula were moved by the image of the koala drinking from a hose held by a brave and selfless fire fighter, in an area that had been recently ravished by the blaze. Tammie and Stavroula identified early on an overlooked and undervalued need; animal hydration. The barrier? Finding a safe and sanitary way of transporting liquid to animals in need across Australia. The solution?

As recommended by Dr Anne Fowler for the National Wildlife Rehabilitation Conference, Tammie, Stavroula and their team of volunteers have been creating a home-made solution of water, sugar and salt and placing them in Medela breast milk storage bags to distribute to multiple non-profit organisations including Wildlife4Warriors, Animal Rescue Care Society (ARC), Country Womens Association (CWA), Help For Wildlife and Access Wildlife Shelter.

Within only a few hours after posting to Bayside Community Emergency Relief Group’s Facebook page, Tammie and Stavroula received dozens of replies from other Aussies who were touched by their initiative and wanted to help. Since then, Tammie and Stavroula have been working tirelessly alongside other volunteers, mixing and packing the homemade hydration solution into Medela breast milk storage bags and have made over 900 pouches that have been distributed to non-profit wildlife organisations across Victoria and New South Wales. 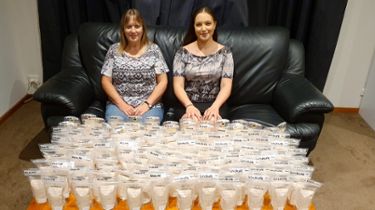 Medela Australia has since donated over 600 breast milk storage bags to Tammie and Stavroula’s initiative and continues to support other non-profits such as St Kilda Mums, by volunteering and donating much-needed breast pumps, spare parts, and accessories to vulnerable mums in need affected by the bushfires.

To find out how you can make a difference by donating or volunteering, visit: