What Does Breastfeeding Look Like? An Interview with Suzie Blake

It was a pleasure for Medela to host a selection of photographs from Suzie Blake’s famous “What Does Breastfeeding Look Like?” project, featuring beautiful and raw images of mum’s breastfeeding.

The project is world-famous and has received viral online attention as well. We sat down with Suzie Blake to understand a little more about the project and what she hopes to achieve through this... 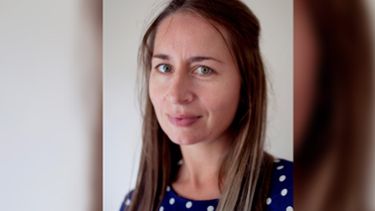 What Inspired You to Create This Project?

My inspiration for the project came after the birth of my second son, Xavier, in 2015.

Instagram was on the rise and imagery of women breastfeeding in the media was becoming popularized, particularly images of celebrities. However, I felt that most images were extremely stylized and unlike my actual experience of breastfeeding, which was invariably messy and unglamorous.

I felt that there was room to present a more honest portrayal of the breastfeeding experience of most women. So, I shot a self-portrait breastfeeding Xavier on the same sofa I’d breastfed him on every single day in the preceding six months and shared it on Facebook, asking other mothers if they’d like to be photographed in the same way.

The response was immediate and colossal!

Hundreds of women contacted me (and continue to do so) saying they appreciate the rawness of the concept and want to be involved in sharing their own breastfeeding experience with the public.

What Story from the Women You Reached Inspired You the Most?

Every woman has a story that is inspiring. Some of the stories are heartbreaking and have made me cry, but I’ve also realised how resilient and strong mothers can be.

The sense of empowerment gained by the women who had struggled, whether it be during pregnancy, birth or breastfeeding, was particularly moving.

Women who’d managed to continue, or even just start breastfeeding in the face of admonishment of friends or family was also very touching.

How Do You Hope for This Project to Impact the Community?

The project is about empowering women. It’s about providing a little window into the world – the experience – of the breastfeeding mother. It’s not glamorous, but it is important.

If we are to heal our world, I believe we must start with the home – the first home: the womb, and therefore the mother.

This bond between mother and baby is the most important we have and the act of breastfeeding is a continuation of that bond.

The act of breastfeeding is not small or insignificant. It impacts our society in a myriad of ways.

This project is a documentation of a moment in time, when breastfeeding is topical and breastfeeding rates are devastatingly low. In many ways I wish this project wasn’t necessary. In fact, I look forward to the day when a series such as this is as interesting as a series of men eating burgers.

I was lucky to have grown up in a very pro-breastfeeding family. My mother is a midwife and breastfed both my siblings and me. I remember when my first son was born the midwife said to me “are you going to breastfeed him?” I remember thinking, “well, what else am I going to do”. I was totally ignorant! The idea that I could do anything other than breastfeed was foreign to me.

I would love for all women to grow up with that same ignorant mindset. Formula should be an absolute last resort. If anything, our government should be investing in milk banks and treating formula companies like they do the tobacco industry.

What Did You Learn About Breastfeeding from the Project?

The biggest shock to me was how incensed people get about photographs of women breastfeeding. When the series went viral the commentary was utterly frightening. I couldn’t believe how angry some people became. Many said that breastfeeding is disgusting or that the women in the photos are “show-offs.”

Breasts can offer women sexual excitement and titillate men, but, they also make and provide food for our young. And that’s ok! They can do both. Most of our body parts have multiple functions and we don’t question that. Breasts are no different.

How would you describe your own breastfeeding journey? Let’s have a conversation here or on the Medela Australia Facebook page.

Next: What Can We Do to Support Breastfeeding Mums? We’d Love Your Feedback!
x